It no longer carries an annual release system and provides room for the developer team to formulate the latest series, which makes a positive contribution to Ubisoft’s popular franchise – Assassin’s Creed. The innovations offered through the Origins series a few years ago, especially through a visual and mechanical approach that was thicker to action RPGs, were positively welcomed by many gamers. The fantastic sales figures are living proof, which is then followed by more Assassin’s Creed that carries a similar concept. The newest one is ready to take you on the journey of the Vikings which of course, also has some new stuff in it. That’s right, we’re talking about Assassin’s Creed Valhalla. 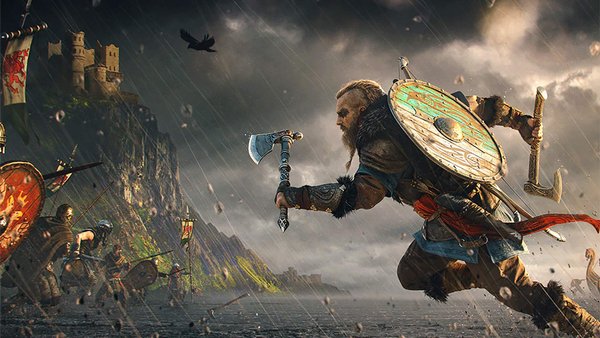 Like in the past series, the story of Assassin’s Creed Valhalla is centred on two characters who are connected to each other. In the modern era, Layla Hassan is constantly looking for solutions to the problem of Earth’s electromagnetic waves that have the potential to produce a new small apocalypse. Returning to using the Animus, this time he will explore the life of a Viking warrior named Eivor who is believed to have the key to the solution for him.

Eivor himself was a Viking warrior who was adopted by Styrbjorn – one of the kings of the clan in Norway who also had another son, Sigurd. Disappointed by his father’s decision to surrender to the new king in the name of peace instead of going to war, Sigurd invites Eivor to start their own kingdom in England. Consisting of clan members who share the same sentiments, Sigurd is also accompanied by the Assassin duo – Bashim and Hytham who have been present as friends since his adventures in Constantinople. But as can be predicted, the journey to find and build a new “house” is not easy.

It is Eivor’s job to ensure that this process is as smooth and peaceful as possible. Lobbying to visit small kingdoms around the settlement in the name of seeking support, as well as introducing himself, is the responsibility of Eivor. But on the other hand, Eivor also had to deal with an internal conflict that he couldn’t just put aside. The fortune-teller in the clan – Valka had warned Eivor from the start that at some point in his journey, he would end up betraying Sigurd, his own adopted brother. Eivor’s journey is also slow but sure to reveal the existence of an organization behind the scenes that seems to have its own mission in each kingdom.

If you want to know more about Assassin’s Creed Valhalla, now buy this game and play on your PS4. But you can also play this game on PS5.