Since the release of its first game in 2016, Overcooked! brings a new cooking simulation concept to something fun. After the first game brought a lot of fans and became one of the indie games and cooking simulation that was very fun, Ghost Town and Team 17 returned to present the Overcooked sequel! 2 this year. Then what makes this game so interesting and could it be an indie game worth playing? Check out the following reviews. 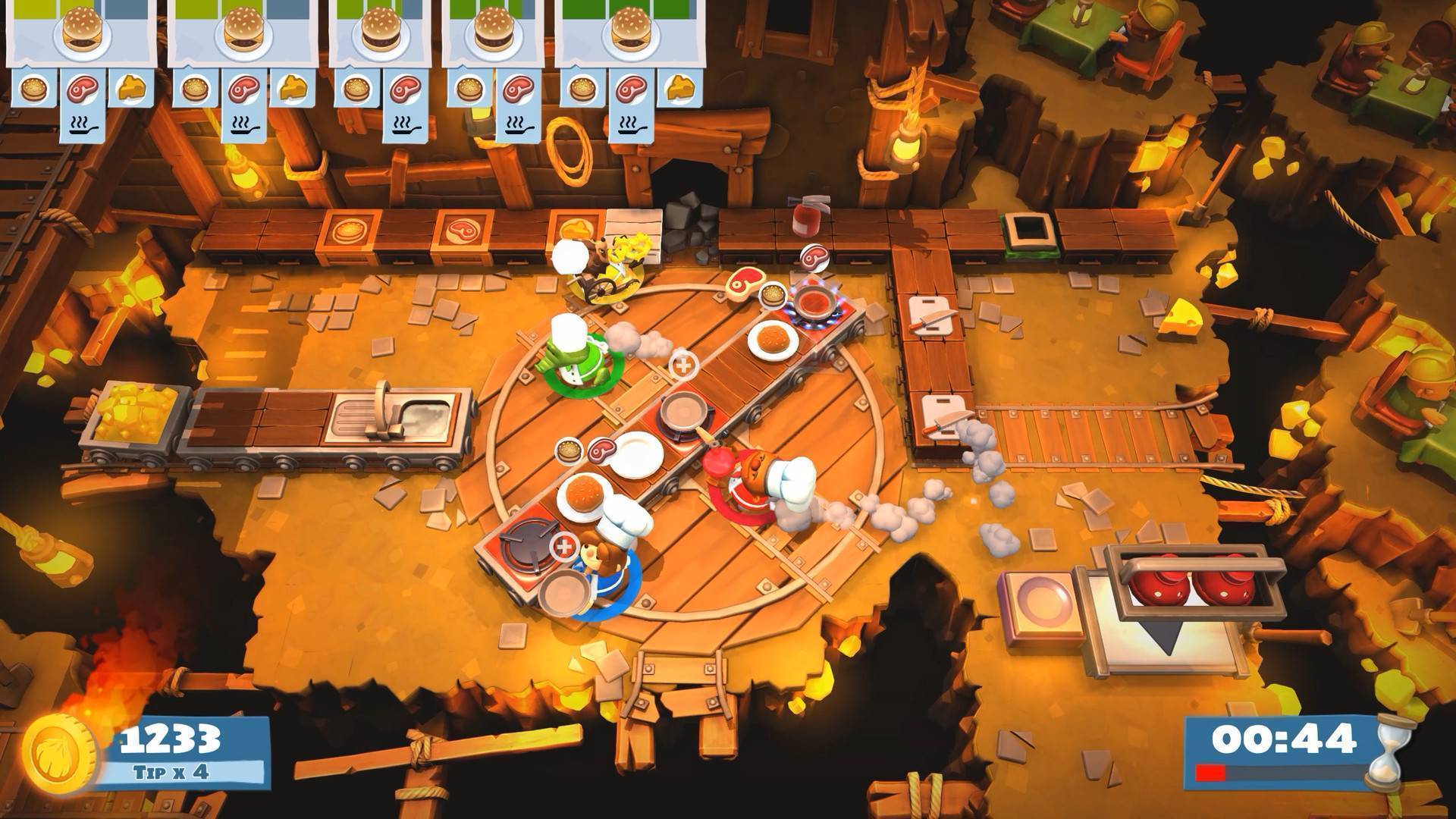 After continuing the glory of his first game, Overcooked! 2 trying to make the graphic quality more enjoyable for the players. It can be seen from the presence of a new colourful level coupled with the details of cute graphic quality. Although it retains its checkerboard shape as a graphic weight for the characters in the game, Ghost Town brings cooking particles that seem more detailed. Coupled with the complexity of the order of cooking and more complicated recipes, Overcooked is now! 2 feels more inventive and a little more difficult.

With this more challenging gameplay, it is certain that you will start to feel stressed by being pressed for time to fulfil endless orders from restaurant diners. Not to mention, if you put the sequence wrong, you have to repeat the cooking sequence from the beginning again.

When compared to the first game, Overcooked! 2 is about twice as long as the first game. This way, you will have more time to explore the various difficulty levels in it. If previously you could only cook in the kitchen which seemed boring, now you are challenged to cook in an unusual area.

From the dark kitchen to the raft being dragged by the river current, you will definitely panic to find this unusual cooking room. You can also find walking platforms that are very annoying and seem tricky so you don’t accidentally throw food away.

The further the adventure of the chef in this game, the more complicated the cooking space you will find. With increasingly complicated cooking recipes and narrow deadlines, you will find that the key to victory depends on precise cooperation. By playing with your friends or other people, you will find the nuances of cooking together that test your teamwork.

Some of the Kincir crew have tried it right away, how is the fun of cooking together at Overcooked! 2. For those of you who want to see their cooking excitement, you can see the following snippets.