WRC 8 Description – It’s been two years since we had a game from the long-running WRC rally racing franchise. The developer Kylotonn (under its KT Racing moniker) has pulled out all the stops to justify its official license. Finally, it’s cracked it. Now, you are able to expect better graphics, gameplay, and overwhelmingly improved physics, which’s tighter than ever. Its races and the modes themselves are exciting, challenging, and varied while WRC 8’s whole new take on career mode offers more than ever to keep you coming back for more.

WRC 8 is a game that makes you appreciate your own limitations. While many players will always scoff at those less skilful than them, this caters to all abilities. They can have their fun and novices can have theirs too. What’s the fun in gaming if it’s not accessible to as many budding fans as possible? 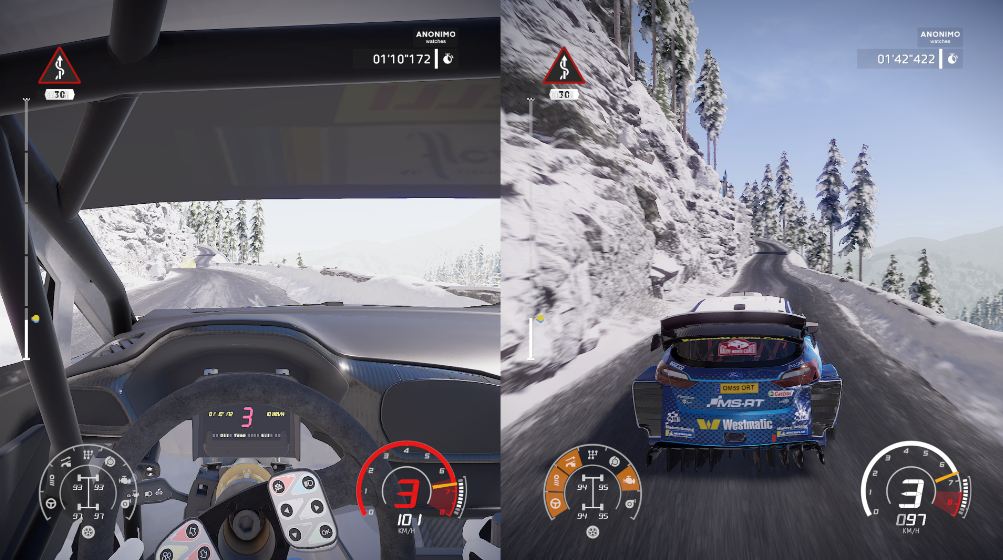 Playing it on standard settings, you’ll find little joy in your first few races, using your allotted restarts after binning your car into a bystander or pole. The car can easily lock up way. the deadzone is way out, the steering sensitivity feels off. Even with re-runs, you’ll find yourself pinging off your surroundings more than you do in Yoku’s Island Express.

There aren’t bad things about WRC 8. Even though it still isn’t quite on par with DiRT Rally’s superb graphics. However, little details are truly fantastic. As you descend a wintry mountain, the snow gradually disappears and conditions improve. Combined with the incredible use of dynamic weather, you can’t guarantee what’s coming, but you can respond to it with intelligence.

The tarmac races are sublime, while the gravel and snow courses are challenging, drift-filled affairs. The graphics aren’t world-beating but the attention to detail is stunning. You’ll see camera drones following you around the course, while vivid sunsets often distract you from the road. It feels as official as the WRC title suggests; you’re part and parcel of the global rally experience. It’s never felt more authentic.

3. There is So Much More Than Career Mode

It’s easy to focus on career mode because it’s the core gaming experience, yet the game gives you plenty of options for passive enjoyment and long-term, competitive experiences alike. The firm focus on eSports, though not accessible ahead of the official release date (September 5), looks to place WRC at the centre of the multiplayer map–and it has all the tools for success. Meanwhile, the extended roster of cars, including fan-favourite classics like the glorious Renault Alpine or the brutally powerful Lancia Stratos (sadly lacking its Alitalia livery), offer fun both in and out of career mode.

What makes WRC is so remarkable is how regularly rewarding it feels. You probably hit every other ditch in Rally Sweden, only to absolutely nail a short section of two hairpin turns, or dominate a Super Special Stage. It’s those moments that WRC 8 delivers in spades, and you’ll keep coming back for more.